Do you suspect that someone in your life is experiencing an eating disorder? An estimated 30 million Americans have dealt with eating disorders, and this number is likely low due to the number of unreported disorders or EDNOS (eating disorders not otherwise specified).

In other words, if you have a suspicion that someone needs counseling or eating disorder treatment, it’s not unlikely.

We’re here to talk about a few common signs of an eating disorder so you can start talking to your loved one about seeking help. Read on to learn more.

Has a previously social friend of yours started skipping any social events or gatherings that might include food or drinks? While this is normal from time to time (and also indicative of other mental health conditions), it could be a sign of an eating disorder.

This person may feel shame about their body, causing them to self-isolate. They may also not want to feel obligated to eat or drink anything at the party, so they’d rather stay home.

2. A Fixation on Food

This might seem backward, but it’s true. If someone you know is suddenly fixated on food, it could mean that they’re experiencing an eating disorder.

This is true for people with all types of eating disorders. Whether they’re restricting or binging, a fixation on food is common.

People who restrict often love walking through grocery stores or planning for nice meals ahead of time. They need time to prepare themselves for meals, and while they’re anxious about their bodies, they actually love to eat.

Exercising is great for your body, but overdoing it is dangerous. People with eating disorders often over-exercise. Over-exercising is also a common problem for people in “recovery” who aren’t truly ready to recover.

Some “fitness” apps can lead to and facilitate disordered behaviors. Because apps are so easily available to young teens (read for more info about when people develop eating disorders) and adults alike, they promote unhealthy behavior even if that’s not the original intention of the app.

For example, many apps track activity and calories. You input your food for the day into the app and it estimates your macronutrients and calorie count and compares that to what you “should” be eating.

This can cause people to spiral out. They see that they’ve eaten 100 more calories than they’d hoped and feel the urge to burn them off right away.

If your friend is always checking their phone during or after meals, it’s a potential sign that something is wrong.

Notice the Signs of an Eating Disorder

These potential signs of an eating disorder may have other causes, but if you notice several of them at once, it’s a good idea to have an open conversation with your loved one about their habits. They can’t start learning how to manage eating disorders if they aren’t ready to admit that they have a problem.

For more helpful articles about health and more, visit the rest of our site. 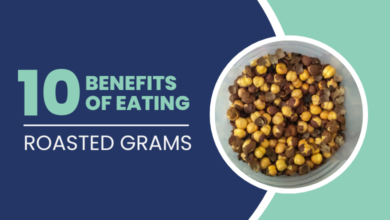 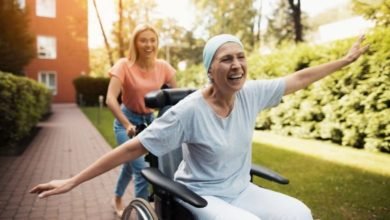